Why Does a Software Development Project Fail? 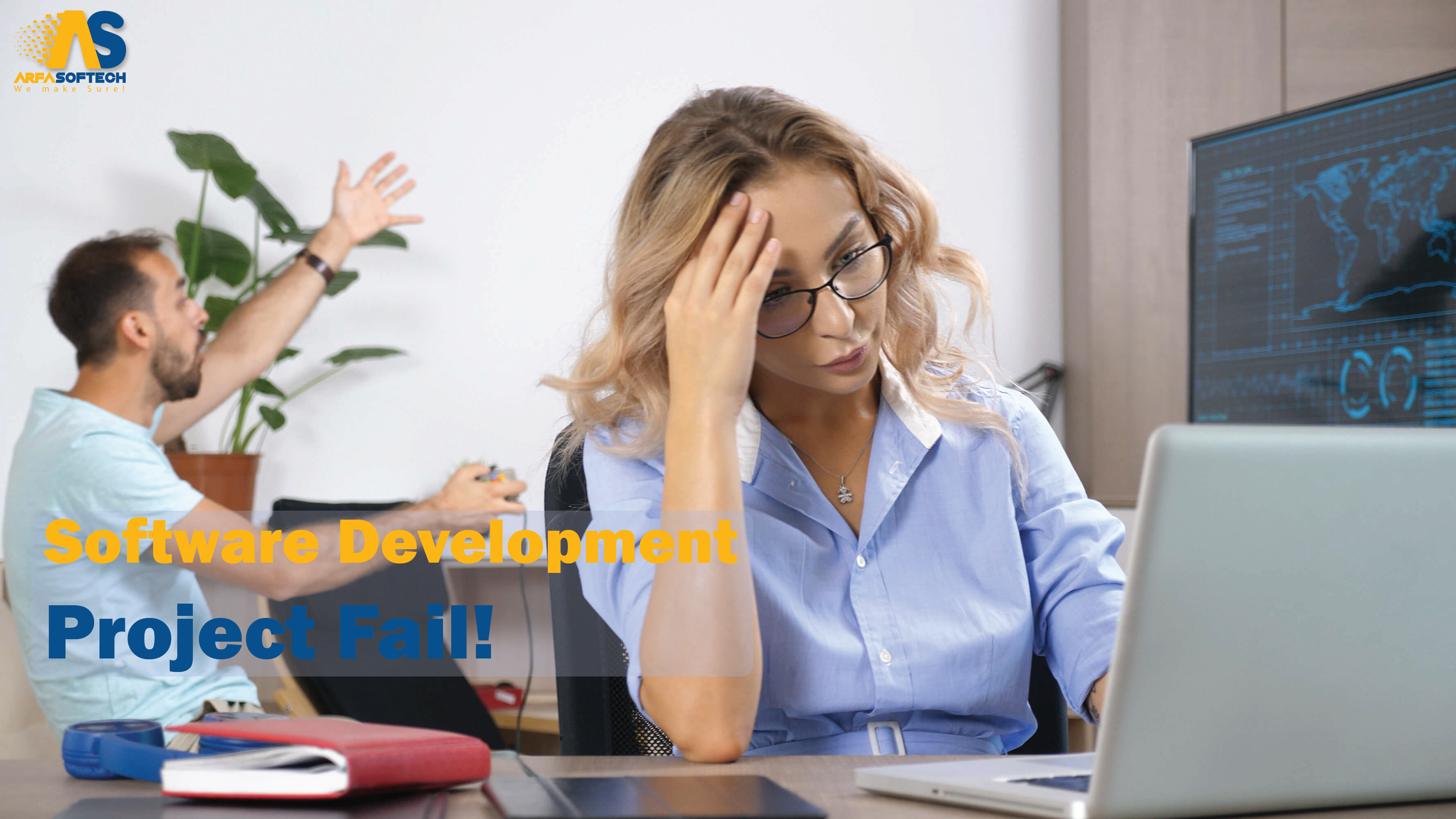 Some of the reasons for project failure date back to tales as old as time - lack of understanding, lack of formal requirements, team instability, weak project metrics, etc.

Only one in three software projects is genuinely successful. The annual CHAOS report stated that 66 percent of technology products end in partial or total failure based on a 50,000 global projects analysis.

It sounds very troubling that such a leading and promising sector that has overshadowed almost every aspect of our lives is facing such foundering stats. The best chance we have to overcome these is by understanding why software projects fail in the first place.

Reasons Why Software Projects Fail: They Are Simpler Than You Think!

It's not that high hopes kill a project, but it adds up to the frustration when a new software project doesn’t perform up to expectations or simply fails. There are certain pitfalls that a project manager or tech leads need to be aware of beforehand.

Let’s take a close look at some of the common reasons software projects crash and burn!

Misunderstanding the needs of the business

Roadmaps are intricate, detailed, and filled with defined structures that a certain project needs to follow. Most often than not, the shared requirements with the project managers are incomplete and lack objective.

The lack of complete requirements leads to irrelevant and insufficient research on the project, ultimately leading to its downfall.

There are pre-determined priorities for every new project that have a big impact on the project outcome. A big-picture perspective has to be maintained so that petty problems do not engulf your project within its claws. Lack of alignment of project teams and sponsors can and will lead to software project failure.

Silver Bullet to the Rescue

Contrary to what you may believe, not every project will be rescued by a silver bullet. It is nice to have enthusiasm for the project, but the false that a silver bullet will solve the problem is foolhardy. To stand tall in the face of adversity is what differentiates a project from being a failure to a raging success. Tech leaders who encourage open communication and strategize with their team promptly can solve challenges that pose a real threat.

Many projects start with a passion for matching, but slowly, the real objective of the project can get lost in the way. You are designing a project not for yourself but for the end consumer, and most often than not, projects fail to define the consumer the software is being built for. Your entire project strategy has to be made around the consumer who is going to use the product, not developers, not coders, and not testers.

Instead of derailing, refocus on understanding the consumer needs and pave your way to an accomplished and successful product. 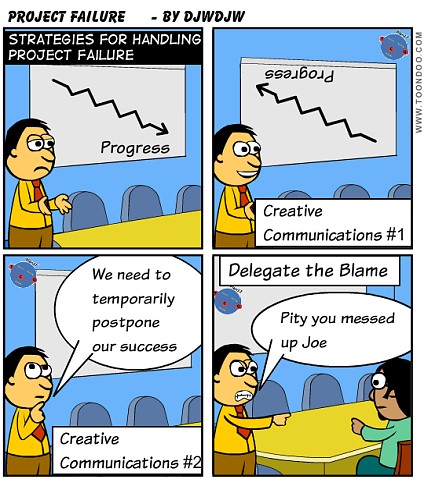 When different departments are coordinating on a singular project, chances are quite a few things may go haywire. An understanding of the project is necessary to address the problems or the business needs in a timely fashion. Department silos, team silos, or even individual silos may lead to a lack of understanding that will ultimately lead to more problems than solutions. You might have a different grasp of the project and end up working in an entirely different direction.

Two Left Feet in the Project

Coordination is the fundamental rule of getting dance steps right, knowing when and how to move in the right direction. Similarly,  project planning, identifying dependencies, allotting tasks, and monitoring deliverables play a big part in the project’s success. This is achievable via coordination between the teams, the project manager, and any other entity involved in the project’s duration. Like you cannot dance with two left feet, a lack of coordination is sure to let the already shaky Jenga tower fall.

Sometimes the fault lies within project owners and decision-makers as they keep on changing the requirements every day, which leads to delays in project completion. 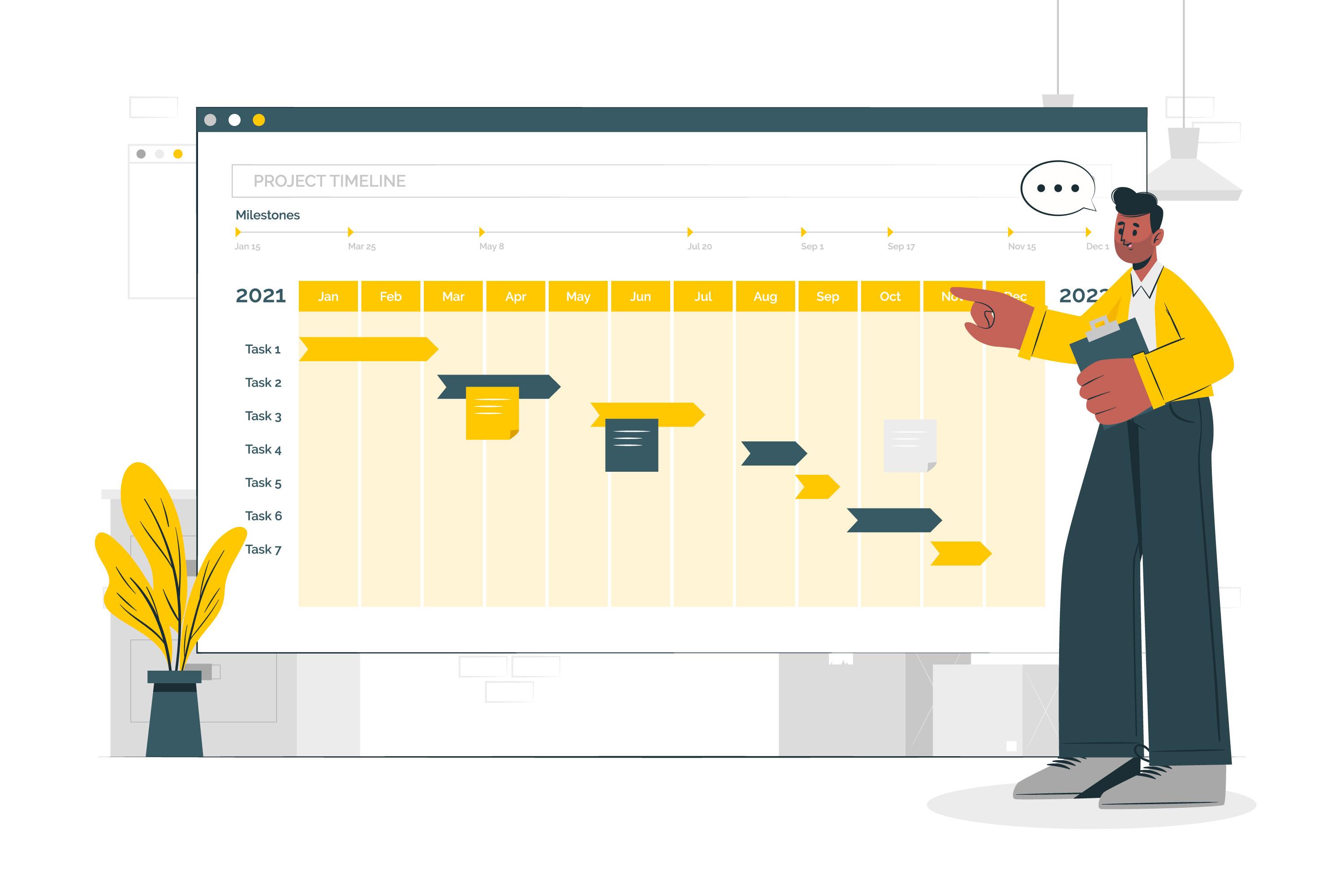 Recalibrate who has the authority to do what, who is going to lead the team, who is going to act as the mediator, and who is going to be responsible for which task. You can measure your progress by defining roles and timelines, and on any sign of a problem, you can initiate corrective action.

Too Many Cooks in the Dev Broth

Whether you have an in-house team or you have an outsourced team, establish JDs and limits from minute one of the project. Communication channels and defined work processes and roles are detrimental to making the project work. Too many people assigned to one task or listening to unwanted opinions will make the project never-ending.

Hiring the right team from the initial stages is advantageous and profitable in the long run. During the planning phase of the project, you need to have a clear work breakdown structure, which includes hiring people with the right skill set.

Soft skills hold significant value when it comes to project management. It's great to have the technical work on point, but not applying enough energy toward team building, coaching, training, and communication skills can make the project run into undeniable challenges.

Strategies change throughout the entire project, as the business requirements may be subjected to change during development. Some teams insist on following the initial strategy, which leads to poor execution strategy.  Business objectives need to be prioritized, and all stakeholders involved need to have a clear consensus that solves the business’ problems rather than enhances them. 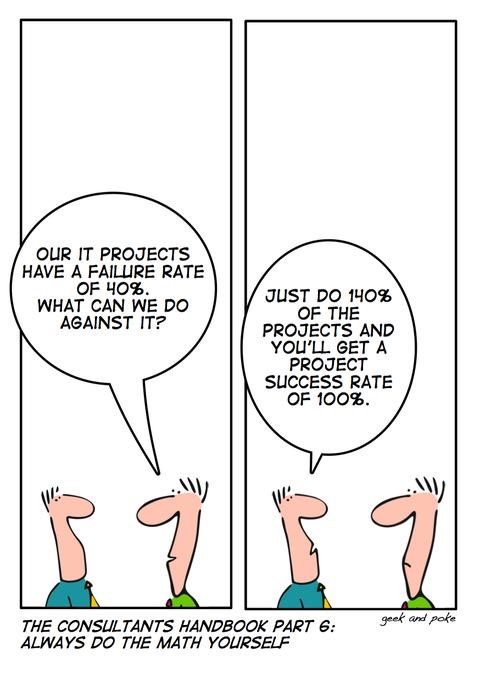 The above-listed problems are just a few of the many reasons that lead to software project failure. Let’s explore quick case studies and examples of projects that took flight but crashed and burned or simply didn’t survive!

It takes time, energy, hard work, and teamwork to develop and deliver a successful software project. Having a clear understanding of business needs and objectives will foolproof your project planning and lead to lesser delays in the design and development of the said project. To achieve your project goals, you need to be mindful of continuous changes in the consumer and stakeholders' expectations. Don’t let those changes drive you to failure!