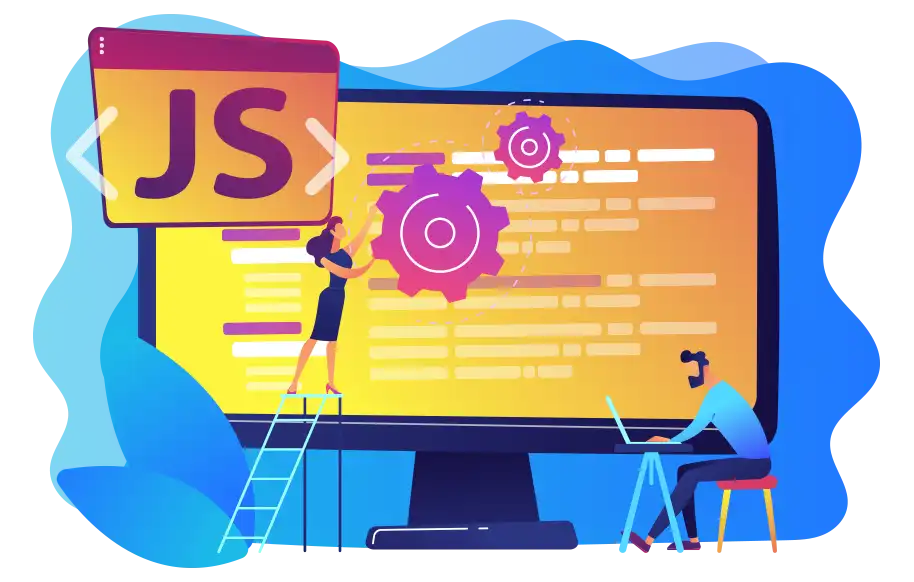 Whether you are working in banks, automobiles, home appliance manufacturing, or hospital machinery, coding is essential. With various new programming languages coming up, a developer who is up-to-date the most has the highest value in the market.

At this point, the question arises, “Which programming language should I learn?” We need to know which languages are most likely going to be in high demand in 2022 and where should you grow your career. Let’s discuss!

Python is utilized in a variety of tasks from advanced web applications and artificial intelligence to simple scripting. This server-side language is best for developers interested in data science or machine learning as well as overall software and web development. Python has been declared as the most in-demand coding language for 2022 by Coding Nomads.

Other than this, Python also topped the TOBE index for the most popular language in December 2021 ahead of Java and C.  Regarding the popularity of Python, Ryan Desmond, the co-founder, and instructor at Coding Nomads explained that this promising popularity in Python is due to the boom in the industries of data science, machine learning, and AI. No doubt, Python has been around for decades but the demand for python will grow sharply in 2022.

Recommended:  INCLUSION IN VIDEO GAMES: THE LANDSCAPE IS CHANGING

Java is the time-tested widely used language for development all around the globe. It is the key language behind Android, which right now owns an 85% share of the mobile market. It is also the main language for the Internet of Things (IoT) devices. Java is although easier than C or C++ but harder than Python. But on the bright side if you have mastered Java then it will be much easier for you to learn Python.

Java has one of the highest numbers of developers in the world. As per the StackOverflow survey, Java enjoys 40.2% popularity among developers around the world. The six main reasons Java will remain popular in 2022 are its high scalability, versatility, wide community, user-friendliness, and constant updates.

The language which ranks third in this list is Javascript which is used by more than 97.8% of the world’s websites. Java script enables its users to set up interactive and dynamic content and inculcate other complex features like animated graphics on the web.

It is primarily a client-side language however it is increasingly used on the server-side with runtime platforms such as Node.js and other frameworks.

Other than this, the Java Script evolution and its next annual update to ECMAScript coming this year in July. With the inclusion of features like private instances fields, methods, accessors, existence checks for private fields, static class initialization blocks, public static class fields, and existence checks for private fields. These features will definitely increase the utility of Java Script for developers in 2022.

Recommended: TOP DEVOPS AUTOMATION TOOLS IN 2022 AND BEYOND

Almost all low-level systems such as file systems and operating systems use C/C++. If you are looking to become a system programmer, then this programming language is what you need. It is popular for being fast, stable and provides the Standard Template Library.

STL is a group of libraries for algorithms, data structure, and arithmetic operations that are ready to use. It has an abundance of libraries to work with. And forms the basis for understanding more complex languages. C/C++ are languages that are high in demand in 2022 because of their efficiency, performance, and reliability.  In this coming year, there is no doubt that learning C++ will open up more opportunities for you as a developer.

It is true that C# fluctuated in its ranking in Q3 of 2019 and 2020 but it has regained its lead over PHP. In the sole past six months, it has added over half a million developers. The C# last year ranked 5th on the TIOBE index. C# is a general-purpose language that can be used to create mobile apps, desktop apps, websites, cloud-based services. And lots and lots of games.

In 2022, C# can tap on the large collection of types to implement the most common tasks like utilization of file system, receiving as well as sending data over the network, performing crypto operations and math, etc.

TypeScript is the superset of JavaScript and has quite similar applications as Java script. It can be used in mobile app development, web development, and desktop app development, etc. The multiple advantages associated with this language like easy bug detection, large-scale solutions, and easy onboarding have made it one of the most popular languages.

The Stackoverflow survey of 2021 declared it as the third most loved language. And the JS trends indicate that the per se popularity will continue to grow in 2022.

I know Perl is not one of the commonly used languages on the market. Only 3.1% of developers used it in 2020 and last year was full of controversy that Perl is dying. Coding Nomads also ranked it among the top 10 programming languages of 2022. Well, the utmost reason for this ranking is Perl being a scripting language that is commonly utilized in the extraction of information from a text file and creating a report.

Other than this, the junior developers learn this language in order to boost the skills that can eventually lead them towards promotion. In addition to all this, Perl is used in system administration, network programming, and GUI development.

Whilst, many programming languages are compiled languages where the machine translates the program. Whereas, Perl is an interpreted language. Here machine locates the code and executes the task. All in all, Perl is a concise language that generates short scripts that can be processed swiftly.

Here is the Coding Nomad ranking of programming languages for 2022. 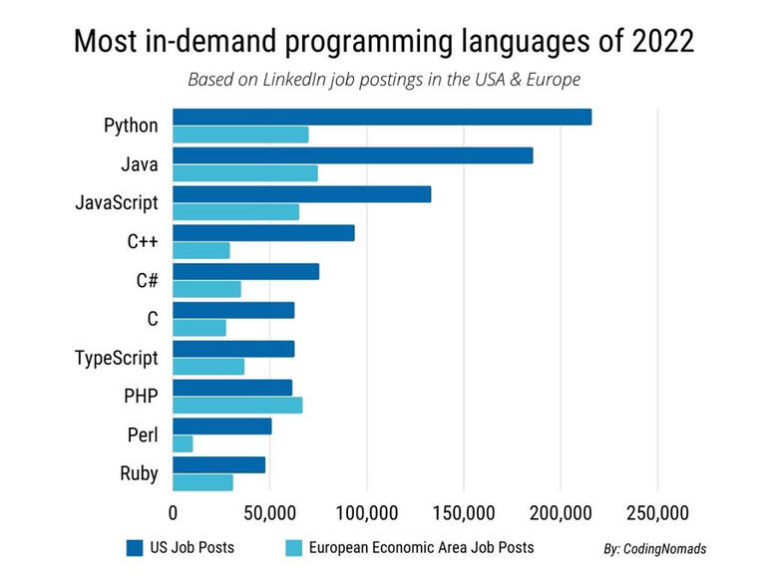 Indubitably last year Ruby was one of the most popular programming languages. Many popular apps like Air BnB, Shopify, GitHub, Fiverr, and Bloomberg, etc are constructed by using this language. Ruby was one of the preferred languages last year because of its fast speed. Other than this the most popular characteristic of Ruby is that there is no determined path as the process goes everything will go accordingly. You never know what it holds for you.

In 2022, Ruby on rails is going to be relevant and will stay for years to come. It is a simple and powerful platform to construct a rapid prototype, MVP, and any type of web application. Coding Nomads also included it as one of the most popular programming languages of 2022.

PHP is one of the most popular and trending programming languages. Though there is much competition between Python, JavaScript (or TypeScript), and this language, the fact that it doesn’t have many developers leaves a considerable area of demand.

It has an abundance of powerful frameworks and is easy to start to make web pages. In fact, “personal home page” is another name it has. Most web developers use PHP for developing web applications and creating content management systems. WordPress, for instance, is a product of PHP.

In this new year of 2022, many web developers will find it mandatory to learn PHP because this language is utilized by more than 80% of websites on the internet like Facebook, and Yahoo. However, PHP is one the most popular programming language of 2022.

Although Rust is not ranking in the first 10 yet. But this is just the beginning and we don’t know what the future holds for us.

According to the Stack Overflow survey, Rust is the most loved language by developers for the fourth year in a row. Rust was initially designed as a low-level language, but now it is a great opportunity for web and game developers. Its automatic garbage collection, incredible support for concurrency, and error handling mechanism put programmers at ease while using it.

Rust has one the best resource management, following the C++ lead and using concepts of borrowing and mutable borrowing. The programming language Rust allows you to organize code in a way that promotes its reuse. Other developers use sophisticated codes, which are modules, to achieve this reusability.

In addition to all this, with the increase in blockchain technology, there will be an increasing demand for Rust in 2022. Also with the exponential rise of crypto adoption, Rust is going to stay in town enjoying huge popularity among the developers and programmers.

We hope that you now have an idea about the top 10 programming languages trending in 2022. The list, compiled using the help of software developers, shows where the tide is turning towards. ARFASOFTECH's mastery in most, if not all, of these languages, gives us an edge over our competitors. We believe in up-to-date trends strive for efficient solutions.