Metaverse and Cybersecurity : On the Bank of Web Domination 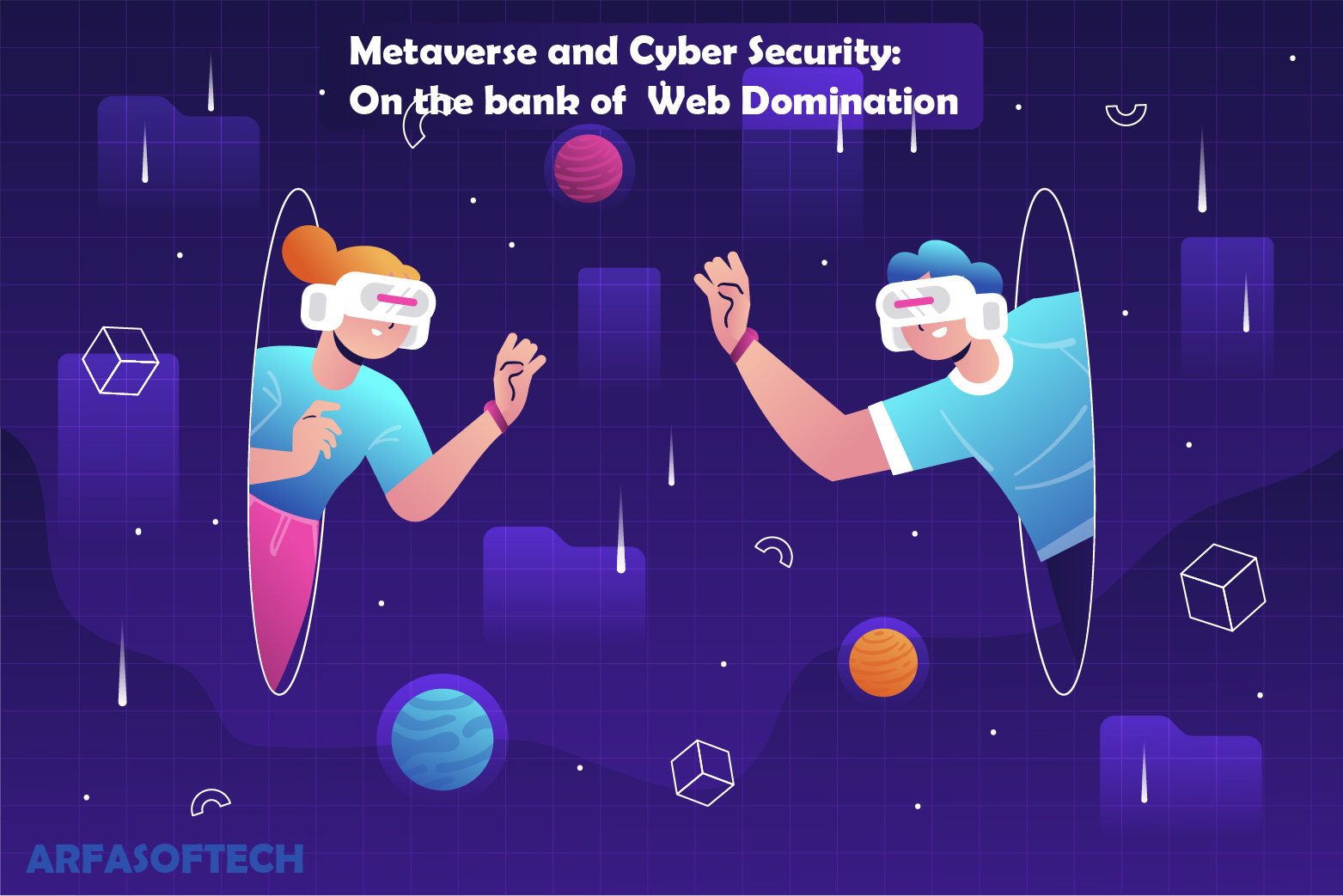 Metaverse and cybersecurity are two peas in the same pod and you don’t need to be a tech wiz to figure this out.

Previously, we’ve covered metaverse and cybersecurity as two separate entities and in combination with other technologies but it’s time to dig deep into the collusion of both of them. Now, this could turn out either to be a positive thing or a negative thing. Regardless of the outcome, neither one outweighs the other.

We’ll dive into all these possibilities without straying off the path and discover what passageway these powerful forces will unravel. At the end of this blog, we’ll see whether the scale tips in the favor of pros or cons because these forces combined could be devastating or maybe become the most brilliant idea come to fruition. 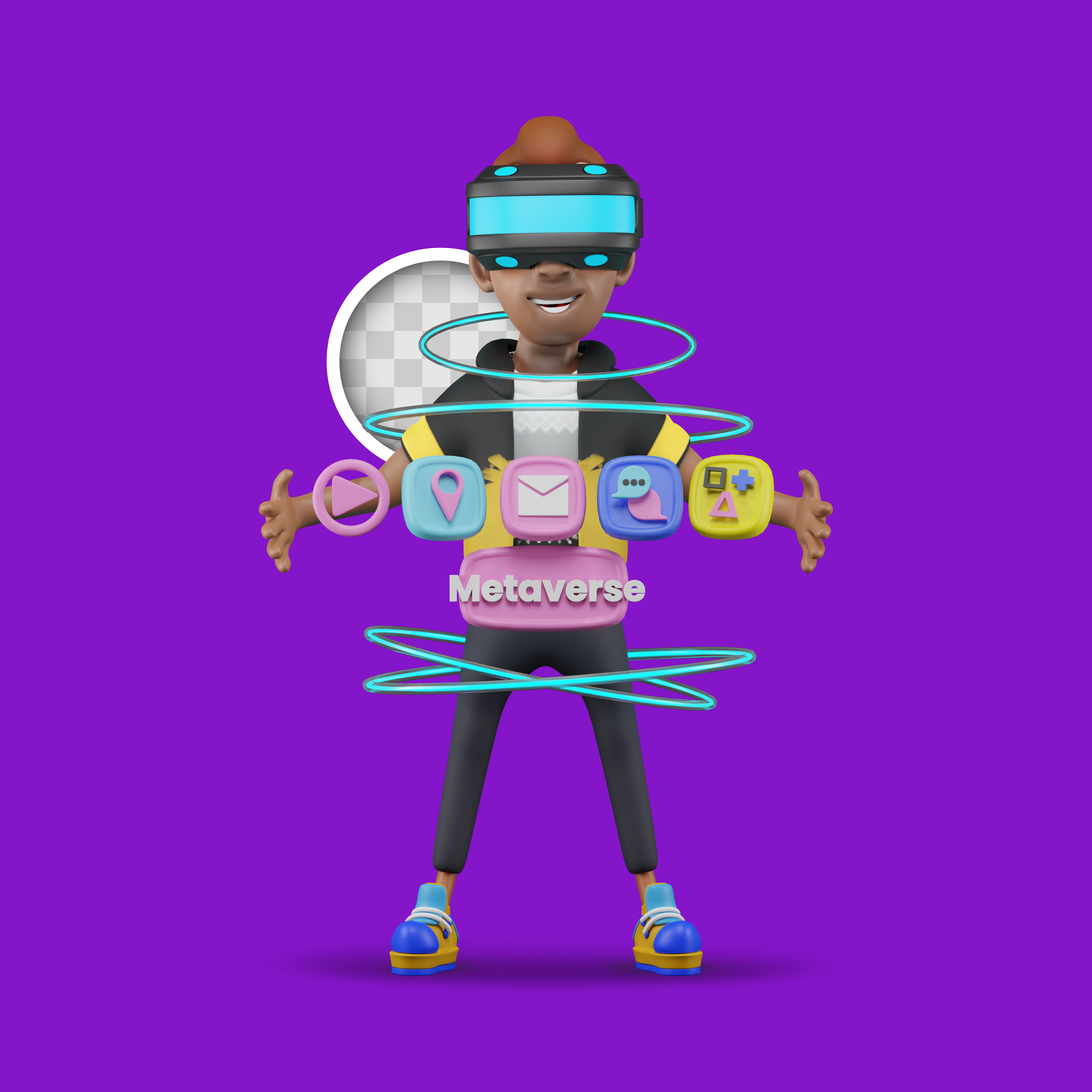 Metaverse: A Sight for Sore Eyes

“The metaverse is a hypothetical iteration of the Internet as a single, universal and immersive virtual world that is facilitated by the use of virtual reality and augmented reality headsets.”

Metaverse is the powerful combination of AR, VR, AI, XR, and MR. It’s a real virtual world – the real here means that it’s a pure representation of the physical world mixed with augmented reality.

It involves a three-dimensional immersive experience that allows users to move seamlessly between the physical and virtual spaces. The actual metaverse might not be here yet, but its various versions have popped up and development work is being pushed at full throttle to get the meta platform up and running soon.

It’s a virtual experience that supposedly will change our views about the digital universe and potentially have a staggering effect on how physical and virtual worlds interact.

It can be scary to step into the unknown, and for billions of people, the metaverse is the virtual manifestation of a strange, unfamiliar world that would change the entire course of the future. Big names have jumped to grab the opportunity to have a foot on the other side of the metaverse door.

But the apprehension is still out there, even with enterprises like Meta, Ralph Lauren, and GSMA already making a play at making their way into the meta world. Along with high expectations come high-security risks as well.

It has long been admitted that the metaverse is built on a decentralized network, meaning its building blocks are constructed on the blockchain. There is no king, and no kingdom to rule in the metaverse because decentralization doesn’t allow for a single entity to reign the meta world instead the data is spread over multiple servers and runs independently.

But the fear of exploitation still lives on.

In 1969, when the doors to hacking were opened at MIT, no one could have foreseen the consequences it would bring upon the world. People were reluctant in those days to sign up for the internet because it was unconventional and even today when your pet has an Instagram page, people are still reluctant. 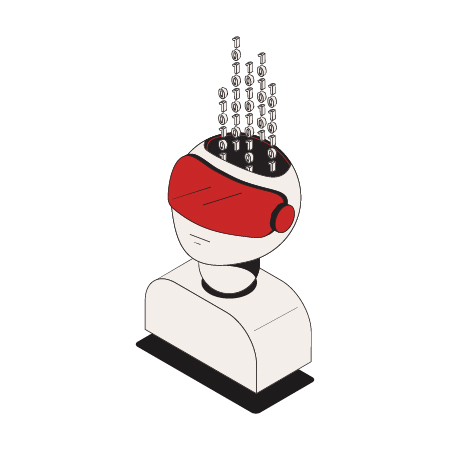 This hesitancy to embrace the meta world is also related to the drastic consequences of a dreadful cyberattack. It can be mentally fatal and cybersecurity is no joke nor a laughing matter.

50 years later, ways of hacking have improved beyond expectations and billions and trillions have been spent to develop safe cyberspace. It all boils down to a single point, how can data be protected in the metaverse?

There will be more information than ever collected for the metaverse, which means the chances of a data breach happening would increase as well. All of this information will be ripe for the taking if a virtual door is opened without proper security, locks, and bolts. Hackers will be looking to exploit any vulnerabilities on this door, so having cybersecurity measures in place is utterly crucial.

Data security will deal with protecting digital information from being corrupted, stolen, or accessed illegally. Cybersecurity fortifies these walls with encryptions and the metaverse blockchain will lend a helping hand to encrypt and protect all the information stored on servers.

Data Privacy and security are two sides of the same coin and are the first things that anyone who wants to dabble in cybersecurity knows about. Now, comes the hard part, what happens if cybersecurity fails?

If everything is supposed to shift entirely in the meta world, chances are digital intrusions would be most likely on the rise. It will become increasingly difficult to stop or avoid unwanted contact, which would lead to information being stolen or digital harassment.
Private conversations would be more vulnerable and could be shared (accidentally or intentionally) with a wider, non-relevant audience.

Smart contracts are originally a part of blockchain but like all other things, with the right code, access can be gained to them and scams can be pulled off. Agreement-based smart contracts will look simple because you would only check the box to gain access to digital space but scammers could be waiting for that single click to gain entry to unauthorized information and since all of the information will be stored digitally, you won’t be able to save it in time.

Blockchain could potentially be exploited to damage a project, the consequences of which would be brutal and hackers could easily remove their footsteps, making a trace hard. Without any regulation policy, more and more cybercrimes could be left unaccounted for.

A Secure Digital Environment or A Digital Nightmare? 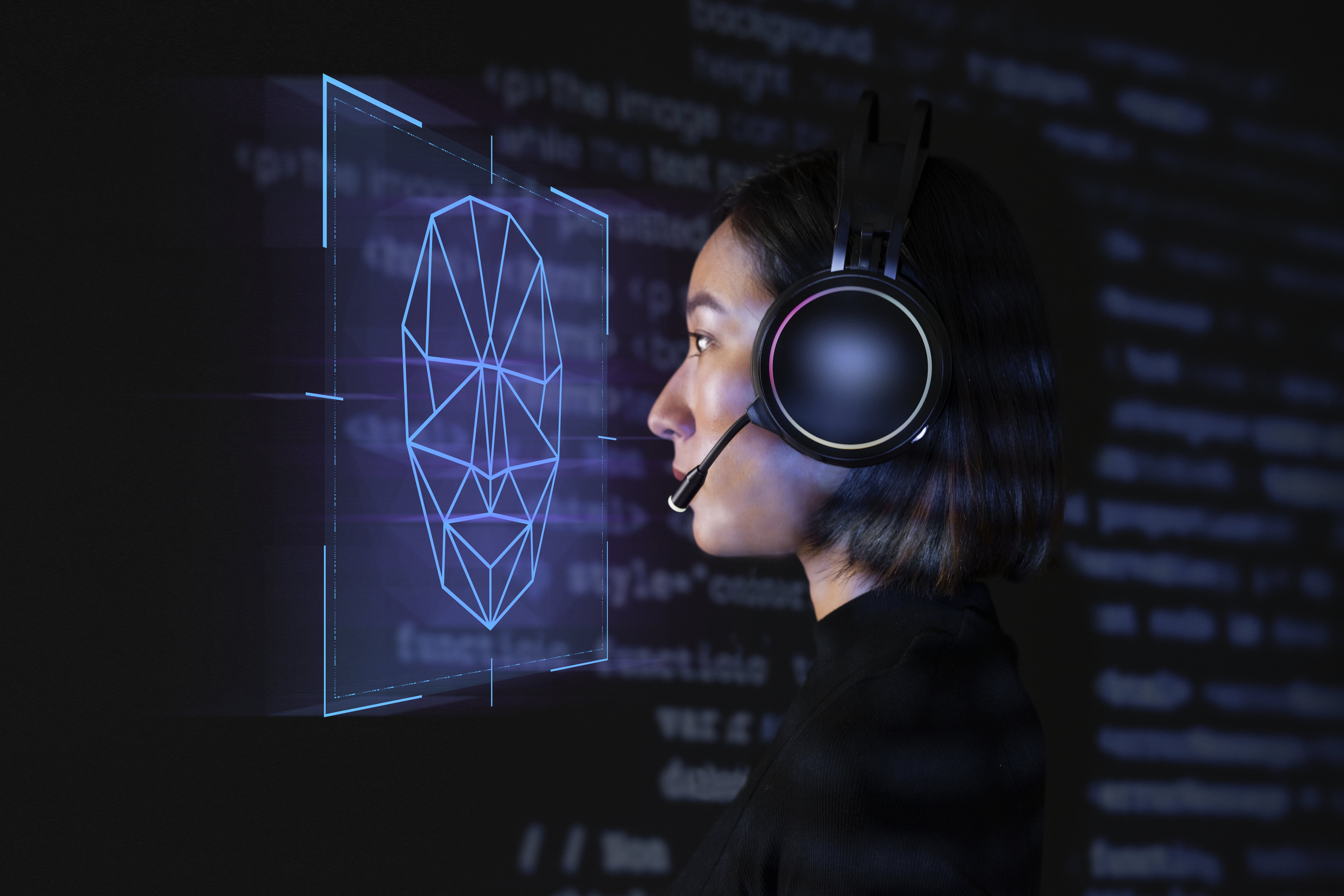 Like everything else in this world, mishaps can happen in the digital space as well as proven by the various cyberattacks on multiple platforms over the years. User surveillance on this level has never been seen before and it has been metaverse’s unique selling point.

But what happens, when the happy fairytale is no longer there and the story is twisted and converged into something terrible? Cybersecurity might be your fairy godmother but if even a single loophole is found in the cyber magic, empires will fall.

By empires, we mean the industries that are predicted to grow enormously in the metaverse over the next decade. From finance to real estate to retail, every single one of them wants to have built and own some space in the meta world, but it will all fail if cybersecurity is not keyed in as a crucial factor.

The three major cybersecurity threats of today include:

The last two apply to the metaverse as well.

There is no proof that cyber threats would be a thing of the past or that steps will be taken to outrun them. Because for every wall that is erected, tools to bring it down are built at the same time. Imagine all of your life work is stored in a digital vault and you have the only key to it.

But somehow, without your knowledge, another key is made and your vault becomes vulnerable and accessible to an outside source. Everything you had stored in there is gone, in a puff of smoke all because you didn’t cyber secure your vault in the first place.

Your passwords and private information are now accessible to an outside source, who will be able to commit fraud, use your identity, and gain access to your digital currency because in the virtual world you won’t be able to prove this theft. 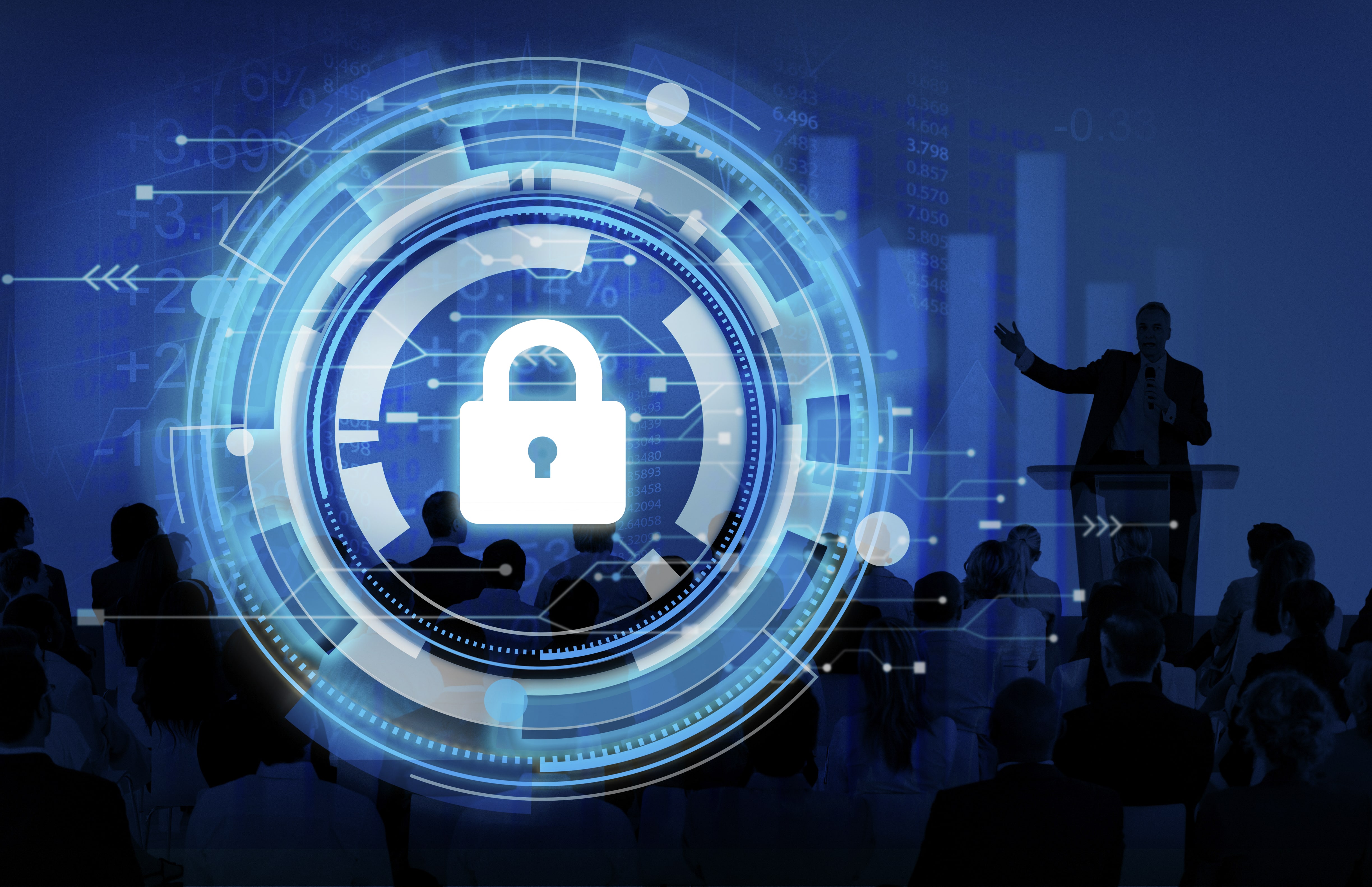 How Does This Affect Us As A Community And Individuals?

As a community, we have always embraced new traditions, and new platforms and welcomed new beginnings with open arms. Cybersecurity is not to be taken lightly because it could be the difference between success and failure in the digital space. Companies are adapting quickly to incorporate cybersecurity, and so is metaverse. It would be prudent to say, that metaverse doesn’t take its security lightly and the metacommunity is taking measures to ensure the compliance of data privacy and security.

As individuals, it is on us to evolve with the metaverse, and if we are ready to be a part of it, we should be ready to secure ourselves before even entering the virtual space. No cost is too high for protecting your identity.