INTERNET OF THINGS: HOW IOT IS CHANGING MOBILE APP DEVELOPMENT? 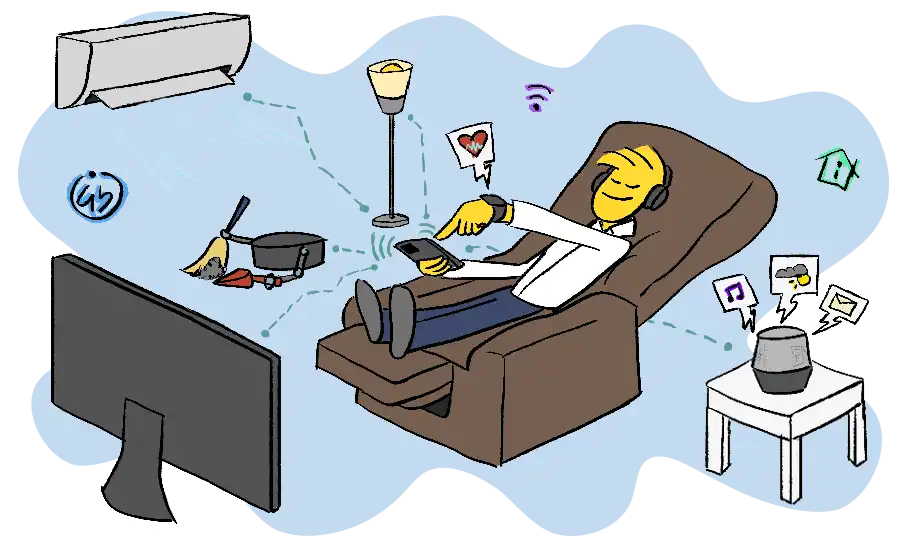 In August 2020, Gartner published Gartner’s Hype Cycle, which shows the cycle of technology maturity and demonstrates which technologies are at the peak of attention, which will be in demand soon, and which are gradually disappearing.

The various technologies related to the IoT mobile app development have been at their peak for the fourth year in this Hype Cycle. But what’s the Internet of Things (IoT)? How can we use this in everyday life? And what can we expect IoT will do in the future?

Halfway to the Finish Line

The concept of the Internet of Things emerged in 1999 as part of an MIT project for Procter & Gamble. They implemented radio frequency RFID tags to improve supply chain management.

As Wikipedia says, “IoT is the concept of a network of physical objects that interact with each other without human assistance. They exchange data, analyze statistics, and sometimes even make decisions on their own. “

Back in 2008-2009. the number of connected devices has exceeded the world’s population. So, it wouldn’t be wrong to say that we are already living in a connected world. McKinsey predicts that IoT will contribute between $3.9 trillion to $11.1 trillion by 2025. In comparison, the global economy is predicted to reach about $ 80 trillion.

Analysts paint such exponential growth in the number of connected devices: 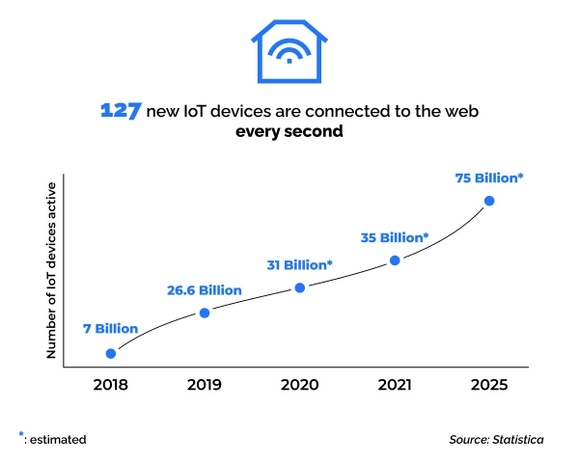 Mobile Applications and the Internet of Things (IoT)

Mobile applications have become the central interface for human interaction with “smart systems”.  For example, you can brew coffee without leaving the couch in a smart coffee maker or watch what is left in your smart refrigerator right from the store. But the IoT mobile application concept doesn’t only penetrate the B2C segment.

Many gas pipeline networks are already hung with control sensors, and it is not enough for engineers to have a single control point. They need mobile applications so they can receive up-to-date data and interact with the system anywhere they want.

Recommended: THE BEGINNERS GUIDE TO AGILE SOFTWARE DEVELOPMENT IN 2022

What Can You Do With an IoT Mobile App?

How to Develop the IoT Mobile App?

To develop an IoT app you only need to come up with an idea and features that you wish to include in your app. And you can outsource app development to experienced IoT mobile application developers. However, before doing that you need to understand the technical aspects of IoT.

Here are 4 basic elements of an IoT system:

You may like: HOW TO BUILD ECOMMERCE WEBSITES IN 10 SIMPLE STEPS?

IoT is changing mobile app development in countless ways, some of these are:

What Does the Future Hold?

With solutions like Alexa and Google Assistant, IoT is becoming mainstream.

Experts predict a wide range of adoption of IoT in 2021: 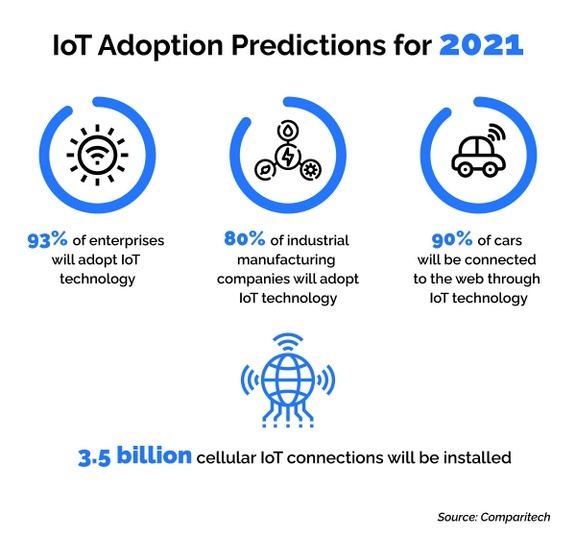 “Big Data and IoT together have the potential to boost app-performance and fuel consumer engagement like never before.” Quoted from (How Big Data & IoT Are Winning The Mobile App Development Industry).

Smart systems affect all spheres of life and sectors of the economy. And everywhere mobile devices become the connecting link. Will it always be this way? Hard to tell. But creating mobile apps is getting more and more interesting. If you are interested in developing IoT mobile apps, schedule a call with us.

Also Read: CHATBOTS IN ECOMMERCE – WHY ARE THEY IMPORTANT?