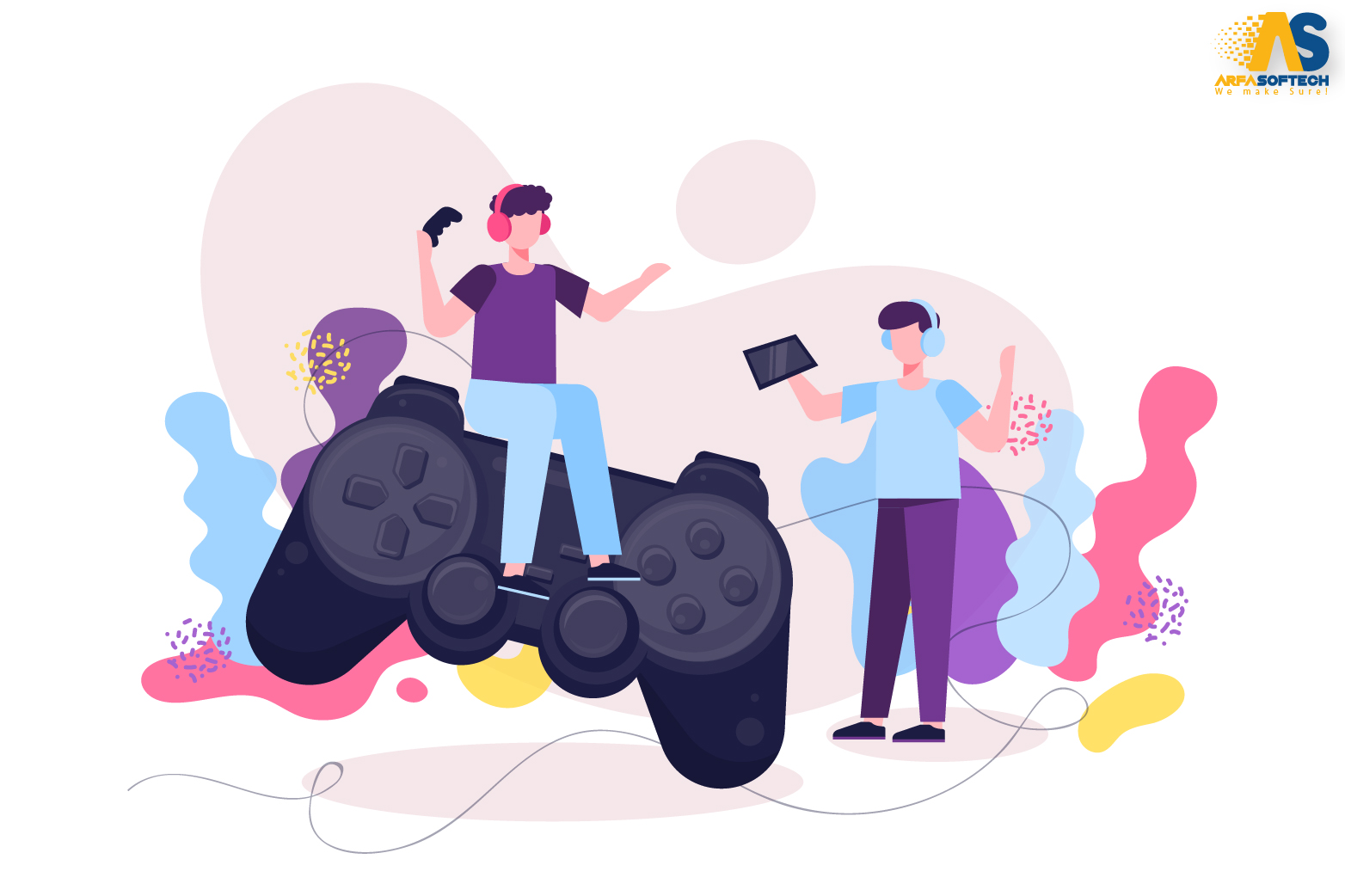 Each game developer often walks through the hot trail of development challenges and tribulations, which punctures their determination. Why is that so? On the back-end side, game developers work with 100 opened Chrome tabs to find solutions for coding errors or design loopholes.

It turns out that even incorporating a seemingly boring feature such as a wooden door can be an absolute cause of anguish among game developers. Considering everything from physics to functionality and animation to sounds comes into play while designing and developing a door. It is devised in a manner that gamers do not have to think about it. Hence, building a functional but forgettable door is an incredible aspect of the game development process.

But that is just the tip of the iceberg! Let’s dive in to explore what’s beneath the surface:

Inventing a distinguishing game engine with striking features is a temptation for many game developers. Those with a coding background and a habit of starting everything from scratch find it thrilling.

It has a shine to it, indeed!

This task requires you to rejuvenate your knowledge, creativity, innovativeness, and aptitude. Therefore, you must pull out your repertoire of tools & technologies from the closet to achieve this milestone. However, creating your own game engine is time-consuming, which can be unpleasant if you are working on a short time frame project. Getting to a point where you use a pristine game engine will necessitate a lot of self-motivation and take months or even years.

Most importantly, convincing your clients to adopt your game engine in the era of Unreal or Unity is a head-scratcher. Above all, you have to incorporate features that your customers will not find in the biggest offerings!

To counter the challenges for game development engines, you can work with the best game engines.

They provide an expression of creativity without any hassle of additional plugins and extra purchases. Their vast libraries ease the coding process with well-grounded toolsets. These tools usually come into being after years of being developed from scratch.

ARFASOFTECH specializes in the Unreal & Unity game engines, allowing you to hire top-tier unreal & unity developers. Our dexterous engineers manifest your vision within the final design of game development projects through visual artistry, real-time 3D architectural visualization, and development support for customized projects. They are cross-compatible with the Amazon Lumberyard engine due to their community, user-friendly interface, and documentation.

Perplexed time schedules and missed deadlines are one of the major game development challenges. When developers miss the window to deliver the final product, it messes up retailers’ pipelines, disappoints players, and changes the projections for a quarter or a year. It also leads to disc versions being pushed back a year.

Even in today’s era driven by next-gen technologies, finding a game that has not been delayed is difficult. For instance, the Game Development Studio, Blizzard, is big on buzzwords — “iterations” and “ready when they are ready”. The underlying reasons behind such decorative statements are frequent delays in games such as Overwatch II and Diablo IV.Delays are often related to changes in one feature or two to make it perfect for release or changes in the leadership structure. 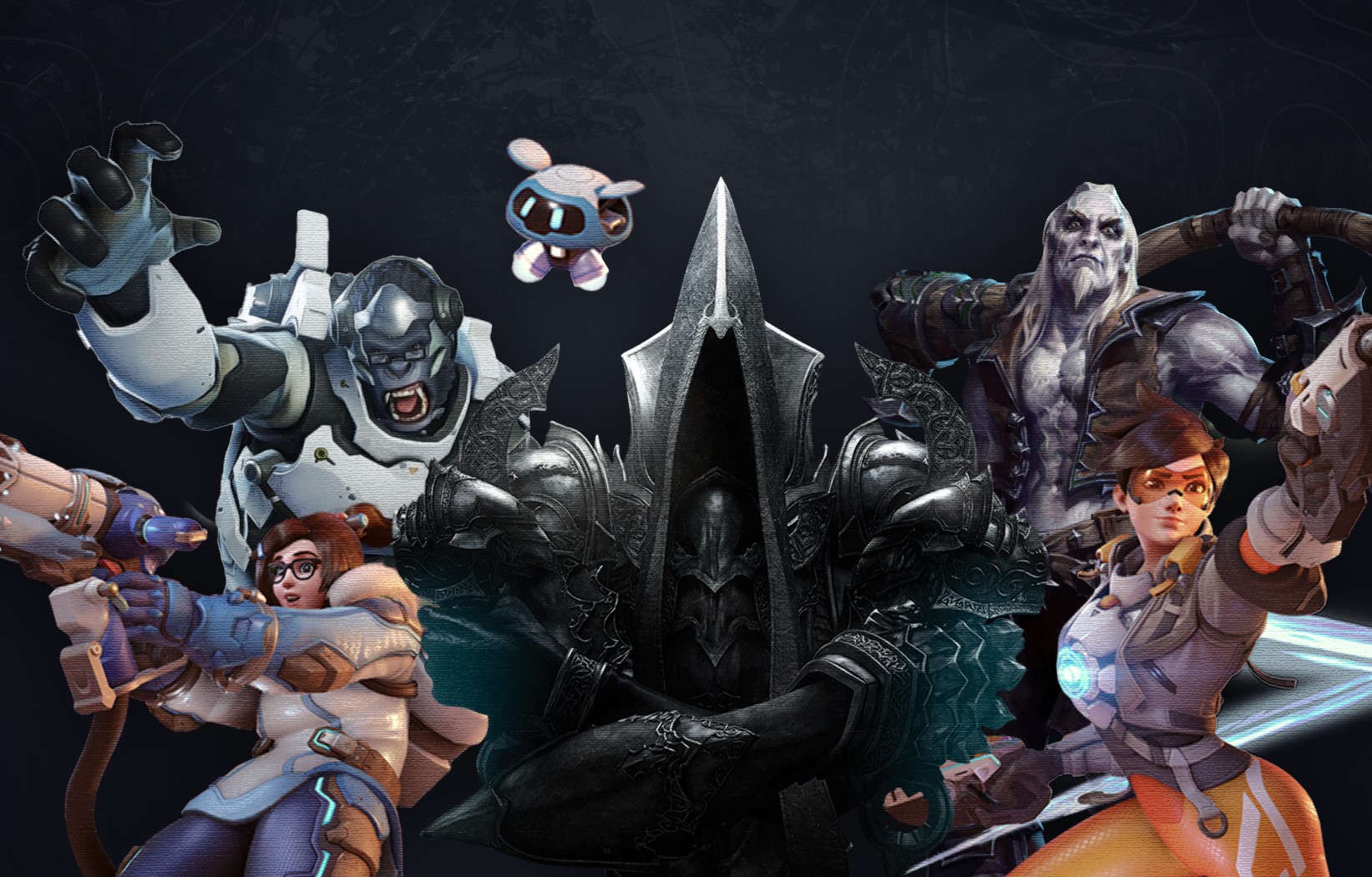 Likewise, Warner Bros. pushed the deadlines from 2021 to 2022 for its most awaited games such as Gotham Knights, LEGO Star Wars: The Skywalker Saga, and Hogwarts Legacy. By the same token, Rocksteady’s full-length animated game since Batman: Arkham Knight needs more time to cook. Meanwhile,Suicide Squad: Kill the Justice League

, previously scheduled to release in 2022, will flood the gaming rooms with adrenaline in Spring 2023. These frequent delays throw light upon Covid-19 and how it impacted the game development industry adversely.

Problems in time schedules originate from lack of team communication, improper documentation, technical complexities, emerging requirements, or interdependencies, which create unrealistic timelines. To exploit the notorious "Crunch Culture" in the game industry, the leadership must introduce an agile methodology to prevent the team from burning out. An agile approach enables the game developers to withstand the ultimatums and defiance. At the same time, sprint retrospectives allow them to analyze what went well during the previous sprint and what can be improved in the next sprint. It enables a bottom-up strategy, empowering the team to define realistic and objective deliverables.

Gain such a customer-centric experience through ARFASOFTECH game development studio. Our unity and unreal game developers craft your vision into sprawling landscapes, fully-functional animations, and dramatic sound effects using super-realistic graphics and visual effects, a flexible toolkit, real-time rendering & scripting, and easy prototyping. Above all, these game engines enable us to meet deadlines without sacrificing quality!

So what are you waiting for? Request a quote for this cost-effective yet perfect software project bundling to eliminate crunch time and release your games on predetermined dates. 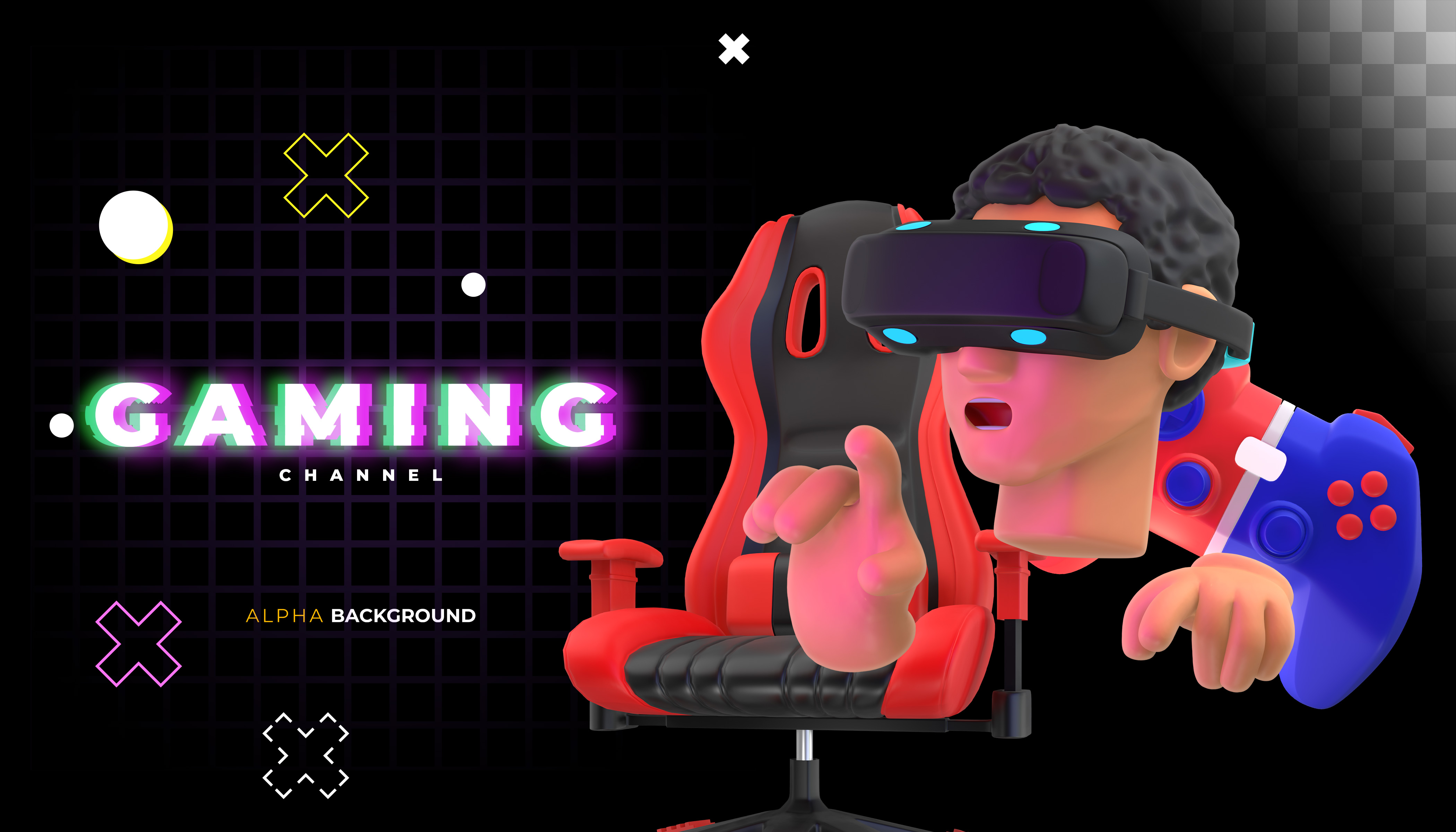 It is quite easy to get overwhelmed when you are dared with the task of genre and design alignment. Considered one of the biggest challenges in video game development, you will find yourself brooding about the quality of gameplay, user-friendly interface, story, and game purpose.

Without defining the depth, multiplayer compatibility, a great storyline, and technology stack, a video game is utterly boring and full of bugs. When Grand Theft Auto: The Trilogy - The Definitive Edition rolled out, it was plagued with disappointments and infamously made it to Metacritic's list of the Worst Video Games of 2021 . It rubbed people the wrong way due to poor narrative, missed soundtracks, unskippable cutscenes, deformed characters, and errored performance.

Bridge the Gap Between Genre and Design

To make the audience emotionally connect with your games, you must create compelling narratives and put the learner at the center of attention. Various genres fuel your storyline - action, adventure, boards, storytelling, murder mystery, simulation, storytelling, puzzles, and more.

To find the finest pick, you must know your target audience. For instance, games focused on high-spirited teenagers fabricate action and fantasy universes such as The Witcher or Fortnite. For nurturing young minds, video games like Candy Crush Saga and Minecraft serve the purpose well. In contrast, board games are a smart choice for elderly people! 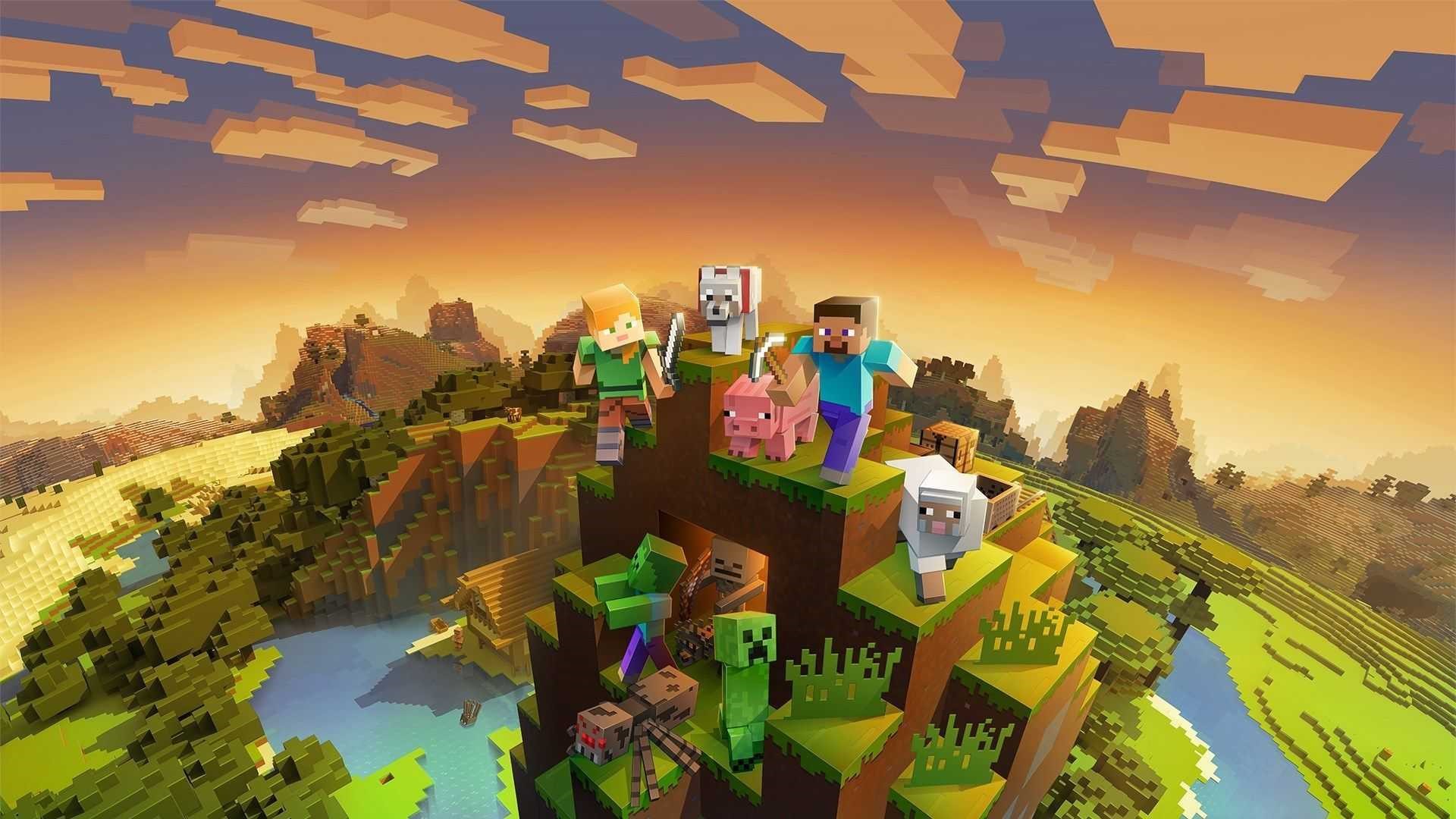 Once you have picked the genre, the next step is to communicate the narrative to game developers & designers because it will help them to determine the user interface design and visual artifacts. It is a gateway to an impeccable UI/UX design that will ensure a seamless flow from one frame to another. Such game graphics keep gamers hooked to their consoles.

To do so, you must align various aspects of design with the storyline, and for this purpose, you will need all the help you can get. And we are here to assist! Our top web and mobile game developers and designers will scrutinize your idea and bring it to life through dynamic technologies and an immersive user-friendly interface.

ARFASOFTECH bold and zestful game designers begin with the creation of a video game storyboard! Spending time in the storyboarding phase is a vital component of the design process. It moves the plot points in a logical order, tweaking the pace to maximize the impact. The cards assist in determining the tone, encapsulating characters, finalizing sound effects, incorporating actions, emphasizing plot points, and running other functionalities smoothly. It eliminates the blind spots way before the game development phases begin.

Generally, game developers assume what the target audience wants. They move ahead with the development phase on instinct and avoid placing value on players’ feedback. They start coding without looking at the data and paramount inflexible features, unable to meet the changing customer requirement.

It is a troublesome issue during the development stage. Although evolving tastes are difficult for developers to anticipate, the game studios must devise a mechanism to capture customers' preferences and express them in the development process to target the audience efficiently.

Let’s talk about Diablo Immortal and how it met with ire and ridicule by the general public. The game displayed an obscene amount of microtransactions that didn’t meet the eye of the target audience. In addition, the players experienced stuttering and poor quality, which caused low FPS crash issues and resulted in one star on Apple stores. It depicts that the game studio Blizzard neglected to incorporate the market's preference of playing the game without spending too much on a completely bugged gaming platform! 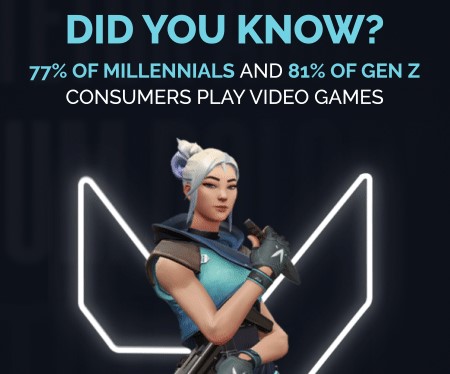 Making Players the Center of Attention

A smart web and mobile game development company would adopt an agile methodology to meet the dynamic customer demands. It is more effective in enhancing the game quality under conditions where the customer's demands change frequently. Because of its elevated reliability, flexibility, and responsiveness, it improves product-market compatibility!

Therefore, choose the right team for your next game development project. ARFASOFTECH game developers adopt iterative methods such as Scrum and Extreme Programming to sustain game quality. We treat the practice of incorporating customers’ needs and feedback in Sprint Planning as a principle. It enables our game developers to understand your customers. Consequently, they become well-resourced and educated to effectively devise a strategy that satisfies the heterogeneous needs of a mass game market.

In game development projects, the iterative methodology also permits you to invite players and buyers at the beta testing stage and shortly after launch. You can hire our quality testers  to act like real players. It is play-testing from the customer's point of view where they give honest and professional feedback on the qualitative aspects of the game!

In the post-covid era, remote working and cost-efficiency have electrified the globalization trend. However, it comes with the challenge of collaborating across various time zones, different regional customs, and holidays. Staying in sync under such circumstances contributes to complex development processes.

Working across distributed time zones is like going fishing. You cast your line and wait for an answer. Thus, these missed calls result in missed deadlines and miscommunicated objectives.

With multi-regional development teams, rooting for an asynchronous working model is profitable because it offers ample room for setting clear goals and transparent collaboration. It favors asynchronous communication and visualization.

So grab your phones and leave ARFASOFTECH a message! You can trust ARFASOFTECH proactive game developers, who respond to your call through your preferred engagement model. Hire a dedicated team of game developers, opt for staff augmentation or settle for outsourcing on an hourly basis. Either way, maximize transparency through scrum boards, burndown charts, and images to eliminate blockers and pleasantly reach the finishing point!

Artificial intelligence and machine learning are swiftly becoming an inherent part of our daily lives. And it is no secret that Sony and Microsoft are also incorporating them into their consoles. These next-generation technologies are tasked with enhancing the visual quality of games without utilizing game engines and are capable of constructing the missing pixels and offering a higher definition.

So, what are the next-gen console game development challenges? In certain scenarios, using AI leads to artifacts requiring a particular set of sophisticated skills and adequate knowledge that PS4 and Xbox One developers lack!

ARFASOFTECH brings an unparalleled skill set and tech stack to the table that supports your vision. Our developers, designers, and engineers are domain-savvy and well-equipped to rise against the challenge. We offer game development services in the following domains, so sit back and let us do the magic!