ANDROID DEVELOPER VS IOS DEVELOPER: WHICH IS BETTER FOR YOUR BUSINESS? [2021 UPDATE] 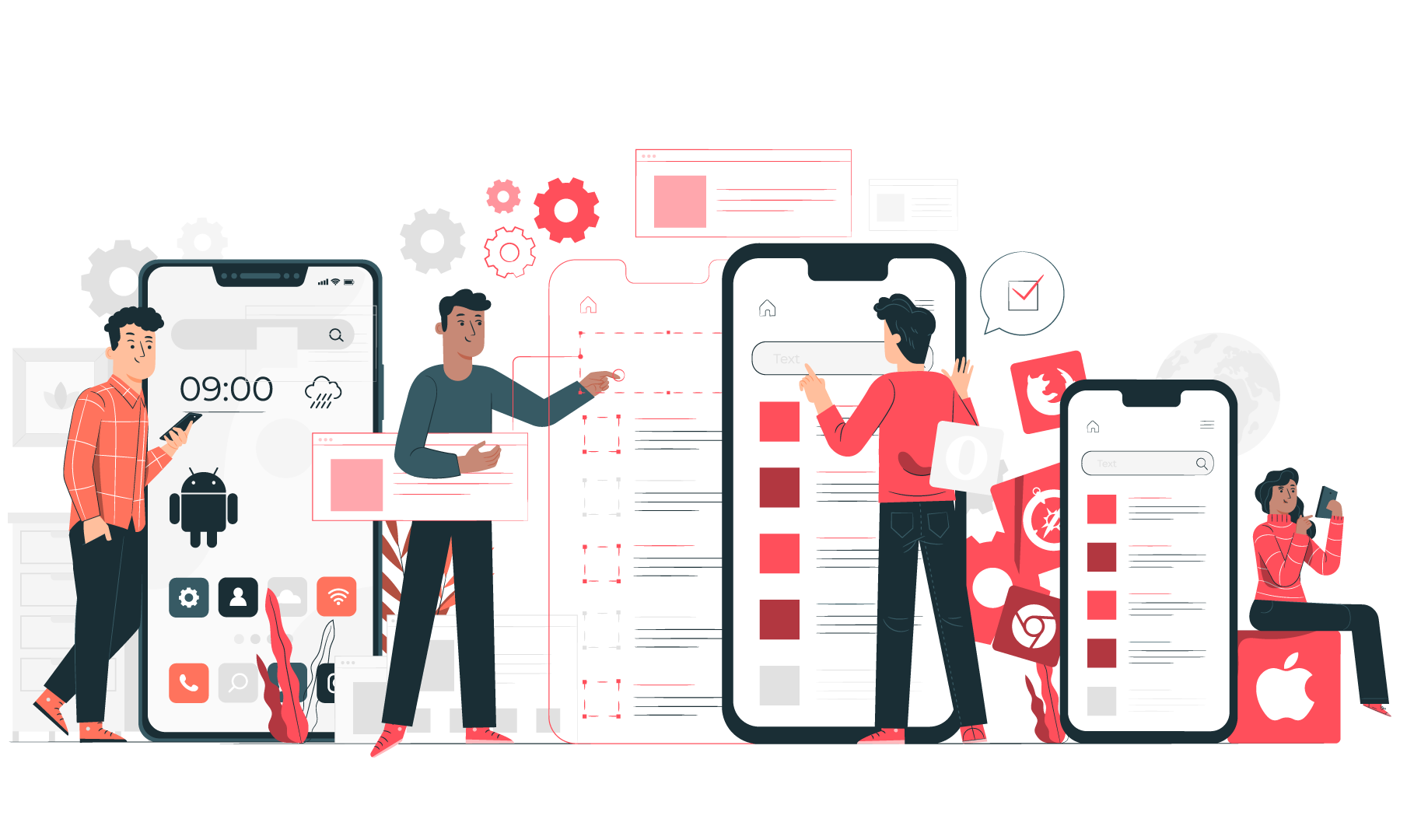 The debate concerning the topic “Android developer vs iOS developer” never gets old and keeps getting better with the addition of new information, technologies and trends. It’s ever-changing and there’s no definite answer to what should be your go-to choice, but we will provide you with a holistic view of the two operating systems and which one should you choose for your business.

It would be informative if you’re in the mobile app business and find it hard to choose one of these platforms for your mobile app development. According to Statista, the number of mobile users worldwide will reach 7.41 billion by 2024. This has given rise to mobile app development and the question of which of the two operating systems should you choose for your business.

Before choosing between android developers vs iOS developers, there are a few factors that you need to consider. The questions regarding the targeted audience, locations, intended costs, and market share of both operating systems.

In the market share category, Android comes out as the absolute winner. Android had an 87% share of the global market for the year 2019, as per Statista. What does it entail in simple words? It means that Android is the leading and most used operating system in the world. The reason for its immense popularity is the freedom that it provides as an open-source operating system. It allows developers the freedom to create feature-rich applications while enabling the users to get their hands on cloud services developed by Google for free. It is widely popular because it caters to a wide variety of devices, from high-end smartphones to budget devices including smartphones, tablets, smartwatches, and other devices.

On the contrary, iOS held 13 percent of the market share in the same year. The numbers speak for the demand for android and the popularity it enjoys. 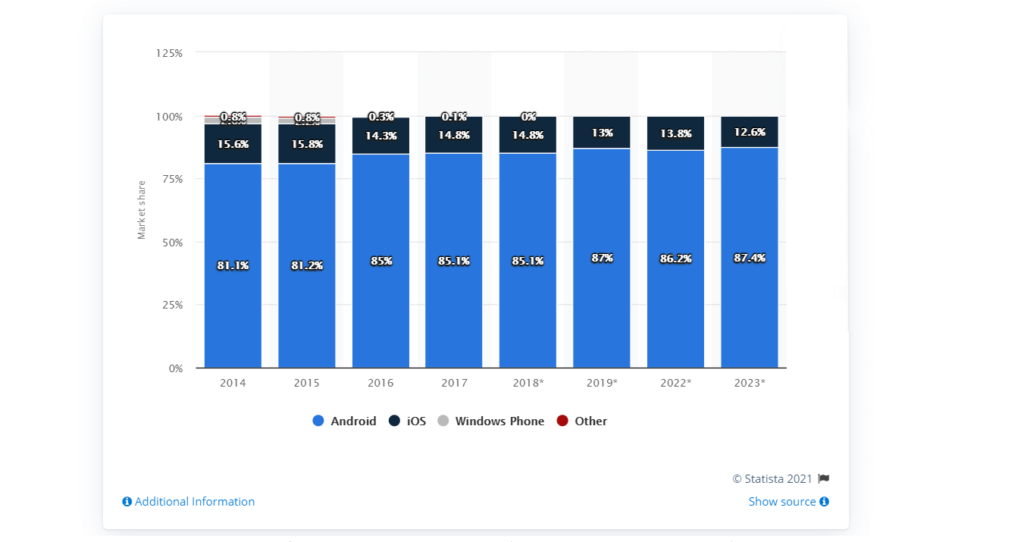 The image represents the share of global smartphone shipments.

The cost difference between iOS and Android development:

This should give you an idea of which one to choose if you’re a novice and planning to publish your app, your app might not attract business and that’s a probability.

Impact of geographical share on iOS vs Android users:

Before starting to work on software development, you need to choose your targeted audience. What is your targeted audience and where are they located? Android and iOS both enjoy different audiences in different regions. Android leads the market in developing and low-income countries, while iOS captures most of its audience from the developed world.

Also, while choosing between Android and iOS, decide for yourself if you want a higher number of users or comparatively less number of users who actively engage iOS users tend to show higher engagement and in-app purchases than Android users. This will give you an idea of the popularity of both the software in your targeting and how well that goes with your business goals.

Difference between revenue generation for iOS and Android:

It is important to consider revenue generation based on estimation given for both iOS and Android, as it is crucial to sustaining a business. If you plan to monetize your app, it is said that iOS makes more revenue than Android. According to the figures given by the research firm Sensor Tower, App Store mobile revenue was around $72.3 billion while google play reached a collective of $38.6 billion in the year 2020. iOS and Android both operate on different monetization strategies. iOS thrives on subscription and in-app purchases while Android uses an ad-based model. This should give you a rough idea to decide which one will work best with your chosen business model.

Another point of content is the “App updates”. Both iOS and Android roll out software updates once a year and it might take you two weeks to update the iOS apps, while it only takes a few hours to update the Android apps. This will have potential impacts on your business strategy, but a key point to consider is that Apple doesn’t provide updates for older devices and Android does. This might cost you an additional amount of money in the long run.

The image shows a detailed difference of features between Android and iOS development.

So, which one should you choose between iOS and Android for your business:

This article covers all the factors that can make or break the deal for you when choosing between an Android developer vs iOS developer. It comes down to your personal preference, your business model and strategy, and what features you want the most. These factors will decide whether you will choose Android for your business or settle with iOS. Another trick is to create your business-related apps for both the software if you intend to distribute it widely. If you’re a small business, you can choose the cost-efficient one to cut down on the costs.

Looking to make an informed decision before choosing between Android developer vs iOS developer for developing your mobile app? We take pride in our services helping our customers make profitable choices for their businesses.